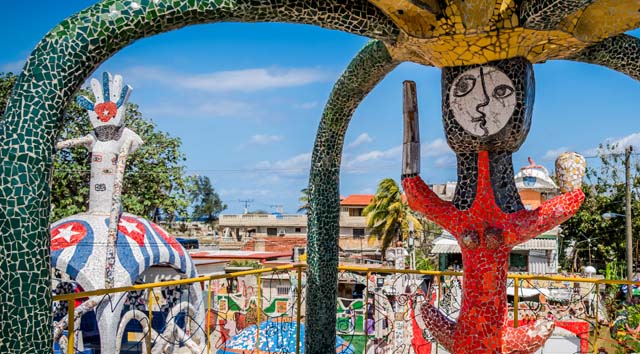 Cuban culture is incredibly rich and diverse, and the many works of Jose Fuster are a wonderful way to see the traditions and themes of the Cuban lifestyle put to work using artistic mediums. Art has long been a crucial part of Cuban culture, and the island has been home to some of the biggest and best talents in the world.

Among these is a Cuban visual artist named Jose Rodriguez Fuster. This native of Cuba’s Villa Clara is incredibly well known for his work with a wide range of mediums, including ceramics, engraving, drawing, painting, and even graphic design. Studying at Havana's National Art School beginning in 1963, his style and talents help set him apart among even the world’s most renowned artists.

Fuster has commissioned a number of unique exhibitions, both as an individual and working collectively with other artists. He is a member of the Cuban Association of Artists and Craftsmen, or ACAA, and his works are often recognized around the world. You can meet the artist and his work by joining some specific Cuba tours, mainly those designed around Cuba’s Visual Arts World.
QUICK CUBA TOUR FINDER
He has created numerous exhibitions that have been presented around the world, including 1994’s Oil Paintings by Fuster, which was on display in Lyon, France, as well as 2007’s The Colours of Life, which was displayed in Oxford, England and 2008’s The Colours of Cuba, a collection of paintings and ceramics displayed in Pall Mall, London’s La Galleria. His work has also been part of many international collectives, including India’s Graphics, Photographs, Books, and Handicrafts from Cuba exhibit.

It is incredibly important to note that the work of this award winning artist goes well beyond simply creating beautiful artwork. In the small fishing town of Jaimanitas, Havana City which you will tour in most Cuba education tours, located just along the outskirts of Havana, Fuster helped to decorate more than 80 homes with unique and vibrant murals that celebrate the personality of those who live in the area. He also helped to create the Artist’s Wall, a quilt made entirely of tiles that were signed by famed Cuban artists, as well as public swimming pools, a movie theatre, and even a large chess park.

Simply put, the work of Jose Fuster has contributed much to the renown of Cuba within the art world. He has won a wide range of awards and his pieces are found in some of the most remarkable museums in the world. For those seeking a truly cultural Cuban experience, taking the time to see the works of Fuster and others in museums such as Havana’s Castillo de la Real Fuerza and Museum of Fine Arts (Cuban Collection) or by joining Authentic Cuba Tours is a critical part of any visit to the island.

Authentic Cuba Travel® offers tour participants the opportunity not only to meet this treasure of Cuban culture, but to enjoy a lunch hosted by the artist as his private residence and studio. Cuba travel can be an exciting experience for art professionals who seek to enrich their horizons in an arts market that has been somehow strange to USA and the world due to Cuba travel restrictions and the US Embargo on the island.