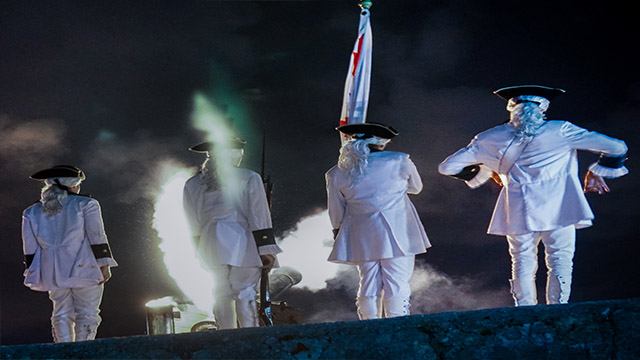 Cuba is a land with many rich and authentic traditions, a number of which have been in place for centuries, which makes it an ideal destination for Cuba education tours.

At 9 PM each and every evening, foreign travellers to the city have the unique opportunity to witness a tradition that began in the eighteenth century- the Firing of the 9 O’clock Cannon. Visitors also have a unique chance to mingle with hundreds of Cubans who are drawn to the ceremony every night. The saying goes among the Cuban people that if you are a real Cuban, you must have attended the shooting of the cannon of 9 O’clock at least once in your lifetime.

Travellers to the historic city of Havana, Cuba know that there is no shortage of things to see and do in the area. In our opinion, this genuine Cuban attraction must be included in most Cuba tours that attempt to promote a truly authentic Cuba experience though.

The 9 o’clock cannon is fired from the ancient Fortress of San Carlos de Cabana. From here, the Cuba explorer will find that they are able to enjoy a truly magnificent landscape view of the city. The firing of the cannon takes place at exactly 9 p.m., as it has for hundreds of years. Originally, the cannon was fired twice daily, with the first shot firing at six o’clock in the morning.

This initial shot was designed to announce when the gates of the city would be opened, with the 9 o’clock cannon signaling when the city gates would again be closed. Today, the cannon serves as a reminder of these old authentic Cuban traditions.

Authentic Cuba tours will always include a walking tour to Old Havana, a UNESCO World Heritage Site. It will present a wonderful accompaniment to the Shooting of the Cannon of 9 O’clock in the form of spotting some of the remnants of the walls that once protected the city. The Walls (Las Murrallas in Spanish) used to surround the entire city and they were part of the defensive system of Havana, a system that took more than a century to complete. Even though the demolition of the Walls started as early as 1863, a good observer will be able to spot remnants of the wall, some standing 10 meters height.
QUICK CUBA TOUR FINDER
The 9 o’clock cannon fires only a blank these days, but the tradition itself is incredibly powerful. Tourism from all over the world has stopped to witness the firing of the ancient weapon, reflecting on a much different time in the island’s history. The sound of the cannon is as much a part of Havana as any of its buildings or streets, and as much a part of Cuban culture as dance and music.

For Authentic Cuba Travel® tour participants looking to visit a city where history seems to come alive and where ancient traditions still stand proud and strong, Havana has long been an ideal choice for those able to travel to Cuba. Without an overabundance of tourism, Cuban culture has had the benefit of being able to remain largely intact and untouched throughout the years, offering Cuba travellers a chance to experience living history rather than to simply read about it. Cuba is truly a remarkable destination, and the 9 o’clock cannon is an excellent example of how the city manages to not only remember its history, but to honor it as well. 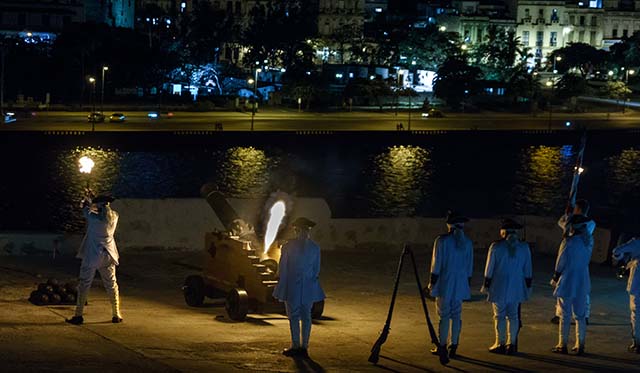